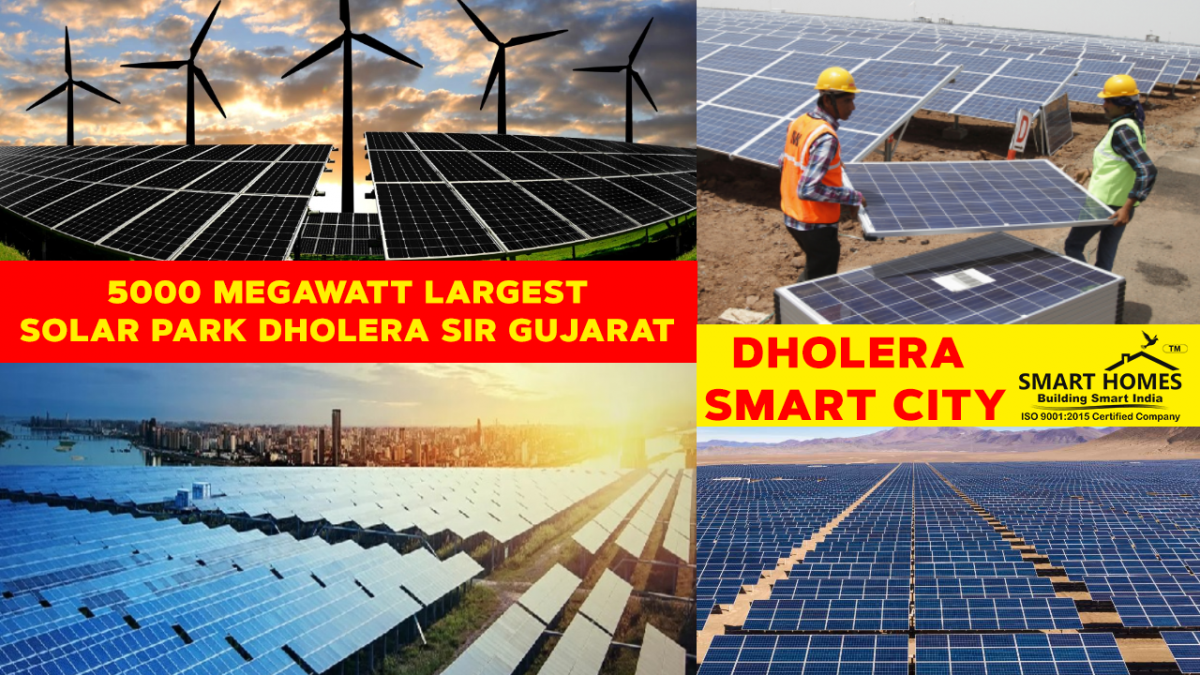 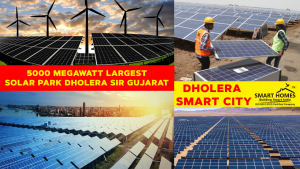 The solar park is a part of the government’s plan for establishing India’s first world-class greenfield Dholera smart city project announced in 2009. It also supports the government’s aim to produce 175GW of clean energy by 2022.

The Ministry of New and Renewable Energy approved the project in May 2018, while conditional approval for the first phase of development was received in February 2019.

Dholera solar park will be located at a Coastal Regulation Zone (CRZ) type 1B land within the Dholera Special Investment Region (DSIR), situated along the Gulf of Khambhat region, Gujarat.

It is well-connected by road, rail, airport and seaport and lies close to the megacities of Gujarat, including Ahmedabad, Bhavnagar and Vadodara.

The site has a high coastal vulnerability index as it is situated in a low-lying area at the delta of five rivers, Padaliyo, Lilka, Utavali, Sukhbhadar and Ker. It is an inter-tidal and highly eroding area with corrosive air.

The solar park will cover a total area of 8,595ha, which has been divided into 11 blocks with 27 plots in each block.

Solar photovoltaic modules based on poly-crystalline silicon technology will be installed at the solar park.

The modules will be mounted on fixed and grouted plain cement concrete (PCC) foundation and installed at a pedestal height between 380mm and 450mm due to the tidal and flood effect. The silicon rubber edge sealing will protect and support the module.

The maximum module power rating will reach just under 280Wp, while the photoelectric conversion module efficiency will be more than 15%. The junction boxes will be made of thermoplastic.

The power generated by the Dholera solar park will be transmitted through a 49km-long, 33kV underground cable network, including high and low-voltage lines. The cable network will be built across the park to transport the generated power from the solar panels to pooling substations and into a 33kV / 400kV substation.

The power will step-up twice from 33kV to 200kV at the pooling substation and then to 400kV at Power Grid Corporation of India Limited (PGCIL) grid substation. The substation and pooling station will be constructed at an elevated height to avoid flood damage.

Canals will be developed to off-take water from the Narmada River to the power plant. An underground water pumping facility, ground service reservoir and water transmission pipeline will be constructed to distribute the water through the site.

All Pictures/Images shown on this website are for illustration purpose only. Actual product may vary due to product enhancement
Copyright © 2021 All rights reserved, Smart Dholera Housing Private Limited CIN No. :- U45209GJ2021PTC119971